This graph in this photo says “Trust in government”, means that confidence in national government (%, 2014) and its change since 2007. 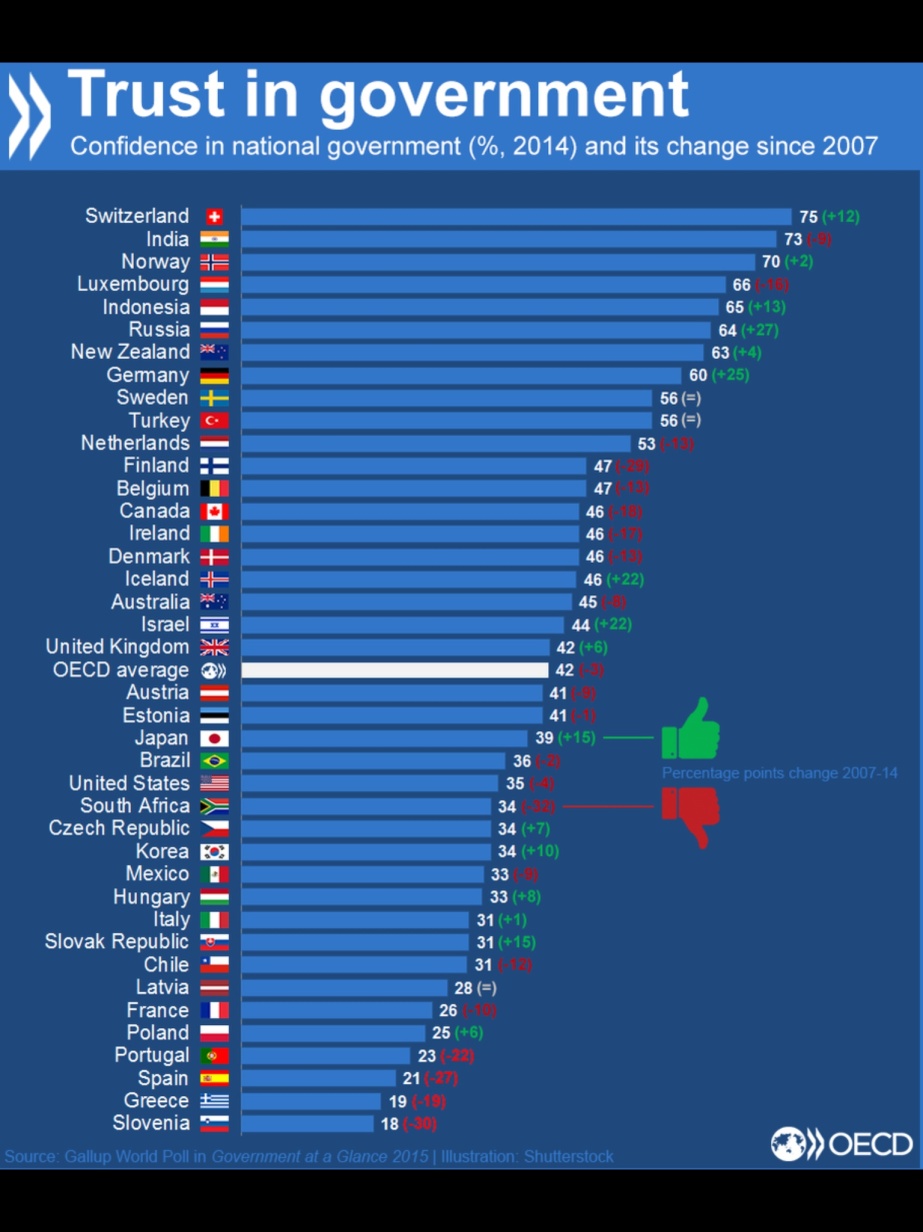 From this graph, the confidence ratio in national government in 2014 is as below.

As for me, I can not trust my government, there are many reasons why. Another countries people consider that Japan is the best country in this world though, Japan has a plenty number of serious problems and troubles, too.

As a result in a simple phrase, I tell all of you:”There is no any heaven country(state) in this world, even across the globe.”
We have to face on the reality which we would encounter in our each own lives. This is the one important common thing for all of us on the earth.

This graph says that ranking of tomorrow’s scientists publishing countries among OCED survey, ‘Projected share of graduates with STEM degrees across OECD and G20 countries in 2030’.

From the top, each places are as follows.

This graph says “nominal GDP per each nation among a part of world countries in 2014”.

Ranking in this graph is as below.

Above is the ranking among OECD countries.
Other several data among OECD non-member countries or area are as below.

*Data of Singapore,Hong Kong,Taiwan,Russia,Brazil and China come from World Bank, data of Taiwan comes from IMF.

This picture says the data of the numbers of temporary employment agencies among several countries.

The following is the translation of this picture.
‘The number of temporary employment agencies in the world’ (2010)