New video was uploaded on our YouTube channel: Chobi Studio.

We’ve stayed at Lalitha Mahal Palace Hotel, Mysore(Mysuru) of India in the night of May 7th 2012.
It’s a very luxurious heritage hotel.

New video was uploaded on our YouTube channel: Chobi Studio.

This video was uploaded on YouTube, on March 14th 2013, one of KFC branch in Mangalore, Karnataka, India.


This branch was the nearest one from our past staying rent house, which we had stayed for April 2012~January 2015.

Although KFC in Japan is basically never be in blackout condition, this Mangalore’s branch has suffered from blackout because it is not rare case in India.

There is another difference between KFC India and Japan, some menu is different, this is common issue among all branches of the world. Each country’s branches have each own menu style also, because they have own food culture each other.
For example, basic KFC Japan’s chicken menu does not use spicy flavor, but KFC India use spicy flavor for any chicken menu. Therefore, most of Japanese small children can not eat KFC India’s chicken.

Like this, each places have each own culture, this world have many variety of culture difference each other. We would better to understand this important point in our mind, it would be helpful to understand anything properly more and more.

*Category of “My Past Wushu Life In India”
https://qingxiang129.wordpress.com/category/my-past-wushu-life-in-india/

As for end of 2012, my colleague(one more Japanese) and my feeling was “stay in India as long as possible”, it means:”permanently, if possible”. Therefore, I have answered it against e-mail which replied from President of WAI(Wushu Association of India).

As a result, I had to waste my time in 2012, because any response had not come from both WAI and KWA(Karnataka Wushu Association”. For foreigners, this kind of happenings is really really “wasting of time”, I felt so sad with this…

After 2012 had end, I got one phone call from a key person of WAI, one of Indian National Team coach: K.H from Northern India. At that time, I was not so used to listen Northern Indian English pronunciation, I asked our boy to translate it(Although it was mistake, I’ve found it later though….).
Anyway, WAI sounds like to welcome me….
Hope things would be going well and smooth since then……

*Category of “My Past Wushu Life In India”
https://qingxiang129.wordpress.com/category/my-past-wushu-life-in-india/

For completely 10 months in 2012, I did not receive any response from WAI(Wushu Association of India).
Meanwhile, I tried to contact to KWA(Karnataka Wushu Association) also in December 2012, because I stay in Karnataka. I asked a person who understand Kannada language to phone to General Secretary of KWA. He requested me to send my profiles/info by email to him, therefore I’ve sent them by email.

However, still nothing has come….
How many months I have to waste my time…???

My first launching on India was January 24th, 2012, arrived at Bangalore. And then, I arrived at Mangalore, Karnataka on January 31st, 2012.
Before I had come to India, I was just wondering that I wanted to do a player’s registration against WAI(Wushu Association of India) and I wanted to participate the competitions, I did not think of teaching or organising classes or associations. But, my Japanese colleague Mr.Moustache(alias name in this articles) recommended me to think of establish regional Wushu association in India. Therefore, I had obtained two recommendation letters from two places’ officials of Wushu federation/association in Japan, before I had left from Japan in January 2011.

After reaching India, Mr. S. Adiga who had introduced Mangalore to us sent an enquiry mail to WAI(Wushu Association of India) on February 9th 2012. 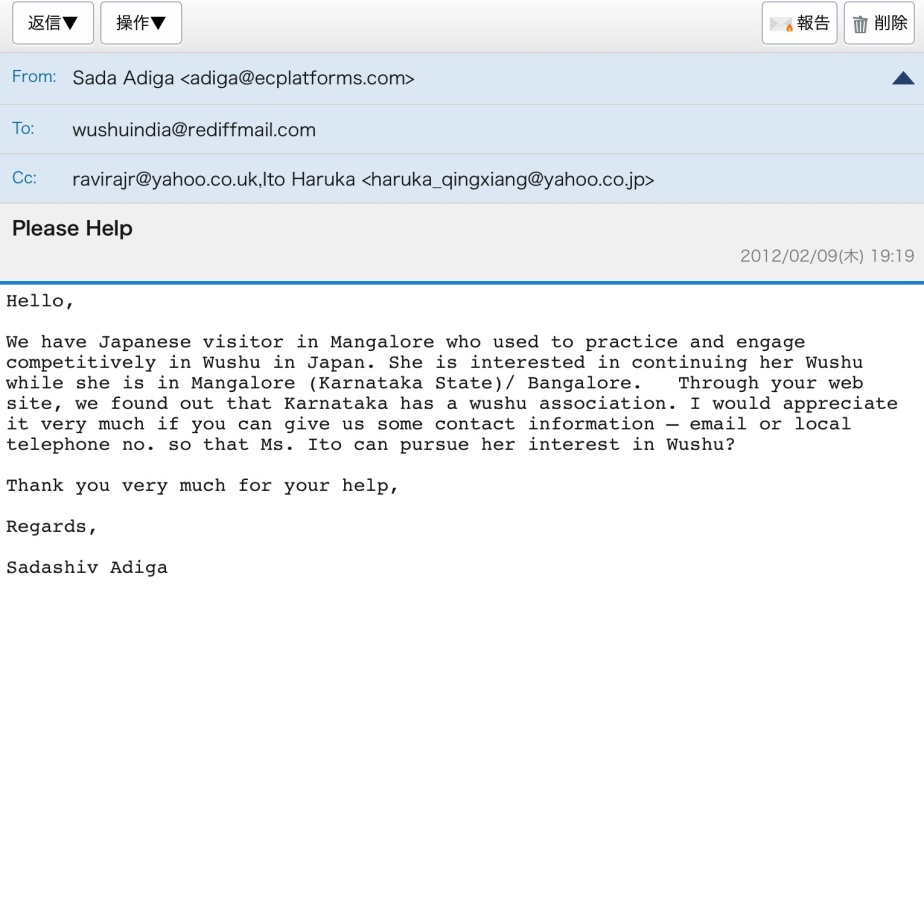 However, any reply or any response had NEVER come from WAI.

The eight member team which took part in the Sanshou (fighting) event of the Championship were quite new to this art, but still managed to display a stunning performance at the tournament. Namrasha N Ganiga won Gold medal in her weight category and was selected for the National Championship to be held at Pune later this year. Other members who won silver medals are Maruth Alva, Zatin Deori, Bhoomika R Kumar and Syed Thafazul.
The members of D.K. team were trained by Vinod Ullal, who is also a qualified Wushu State Referee. 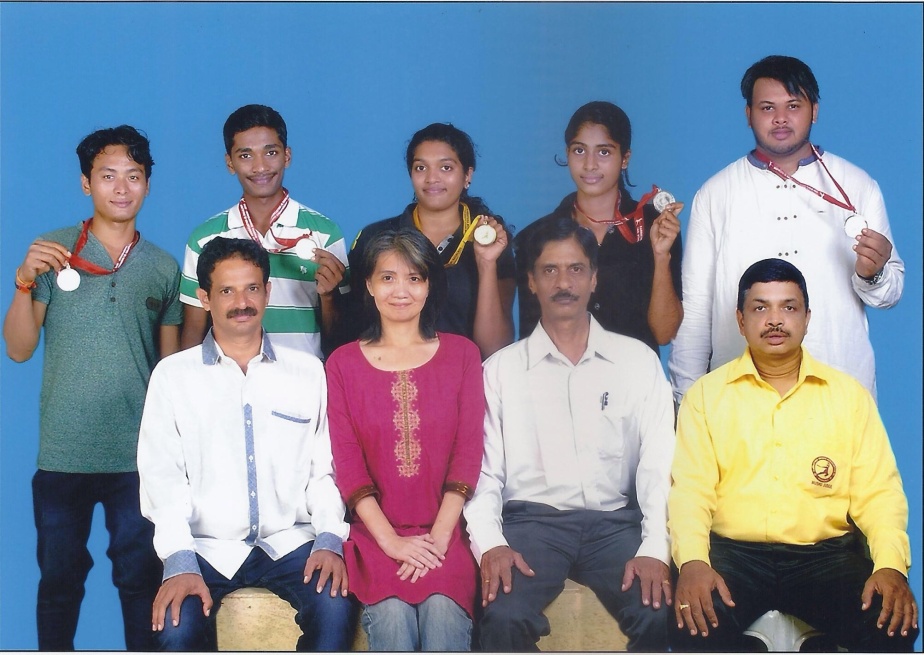 I was invited as a guest for “26th State Level Inter Dojo Karate Championship 2015”, which was held in Haleangadi, Karnakata, participated the morning function of November 7th. 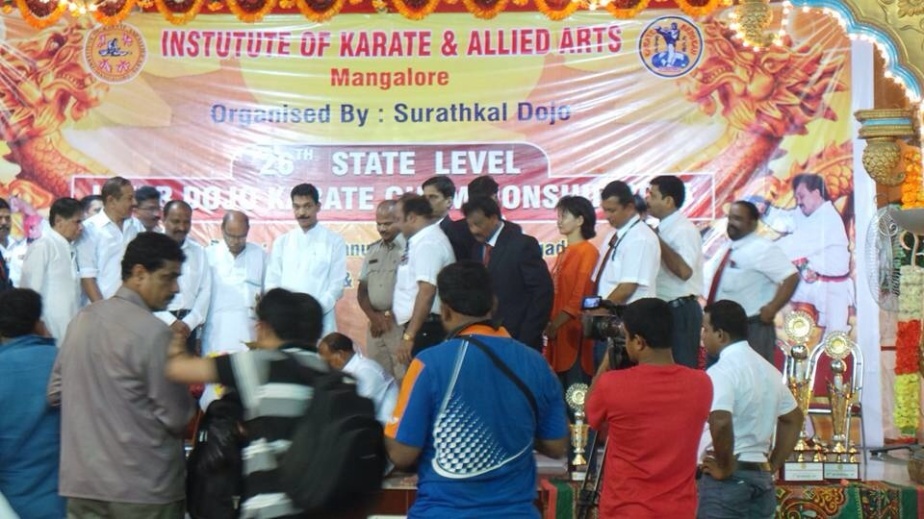 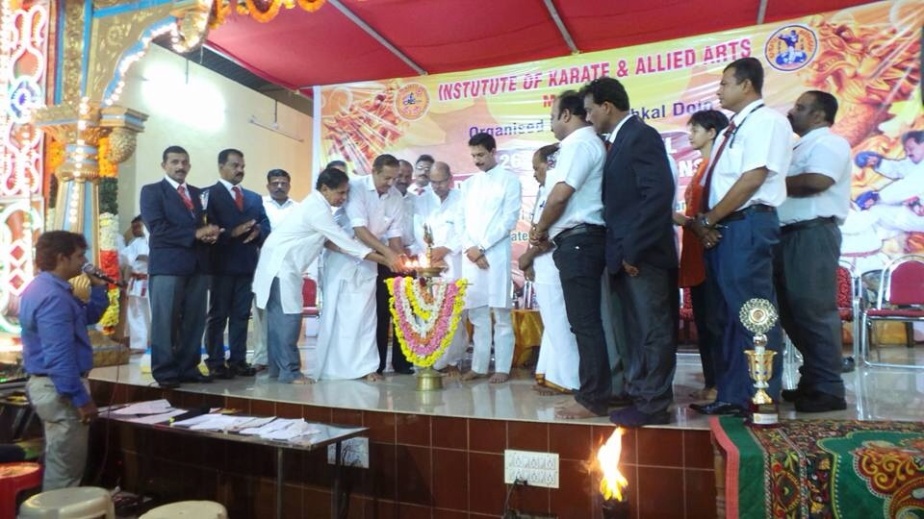 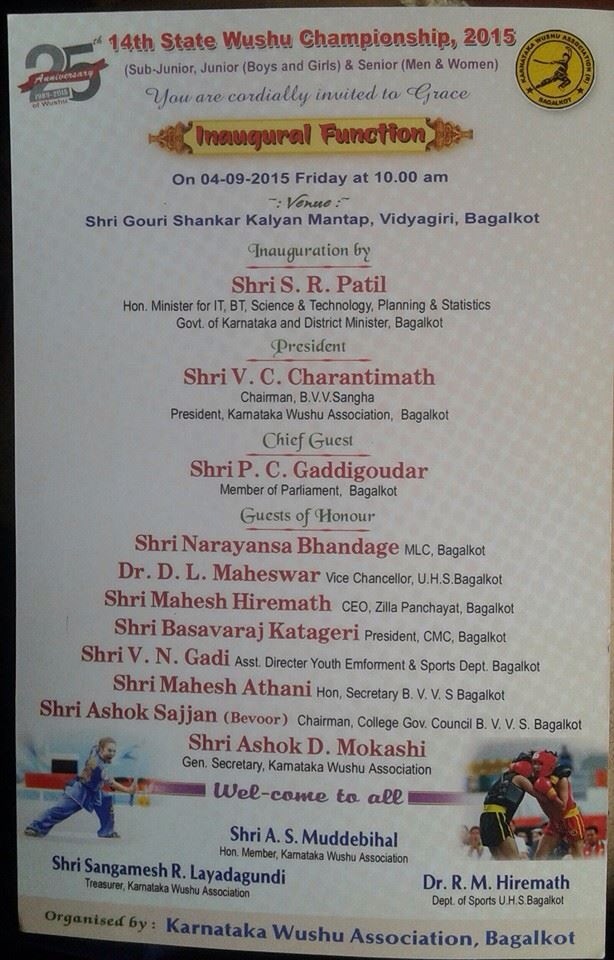 Haruka's Chronicle
Create a free website or blog at WordPress.com.